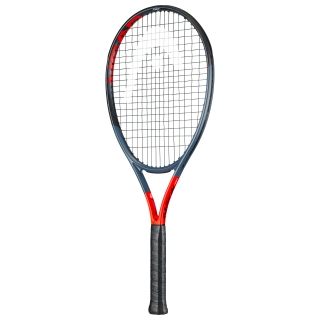 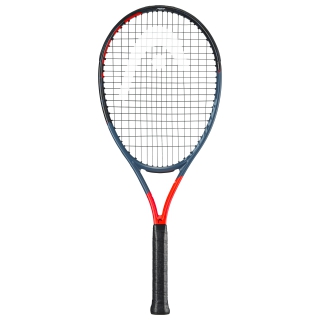 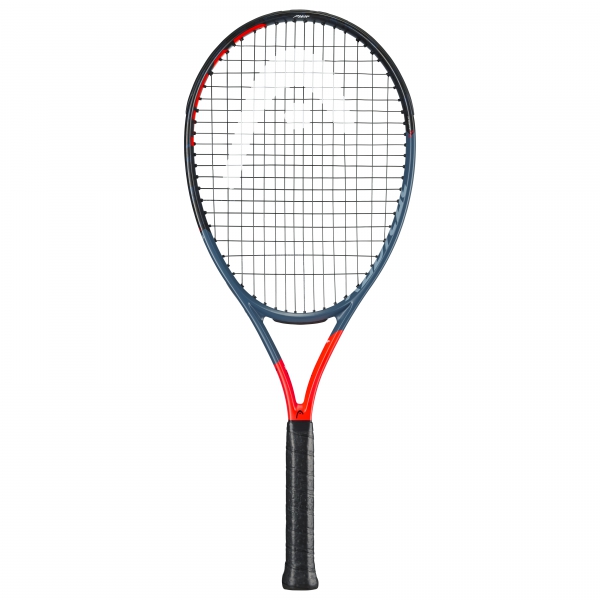 The Head Graphene 360 Radical PWR Tennis Racket is the newest incantation of Head's iconic Radical line that has been around for decades.  The new Graphene 360 material embedded into the frame prevents unwanted shock and vibration, while increasing energy return.

The Radical PWR is the lightest of the Radical line and comes strung at 9.8 ounces.  It plays best in the hands of a beginner to intermediate player looking for significant power and greater maneuverability in a light frame weight.

It has a medium frame thickness at 26mm/25mm/23mm, so it provides plenty of pop.  The 110 square inch head has a large sweetspot, and this enhances groundies hit from anywhere on the court.

The frame balance comes in at 2 points head heavy, which helps to maintain stability even in such a light frame weight.  It's also .4 inches extended (27.4" inches), helping with reach on volleys and serves.

This frame utilizes a revolutionary technology called Adaptive String Pattern, and it allows a player to change the string pattern during a new string job because it comes with an extra head grommet adapter that has a different number of holes.  You can choose between a 16x19 (16 mains / 19 crosses) that provides better control, or you can drop down to a 14x19 (14 mains / 19 crosses), which has much bigger "squares" in the string bed.  These larger squares allow more bite on the ball, resulting in great topspin and/or slice.