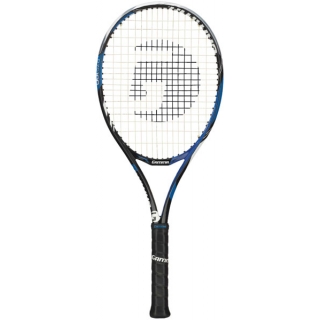 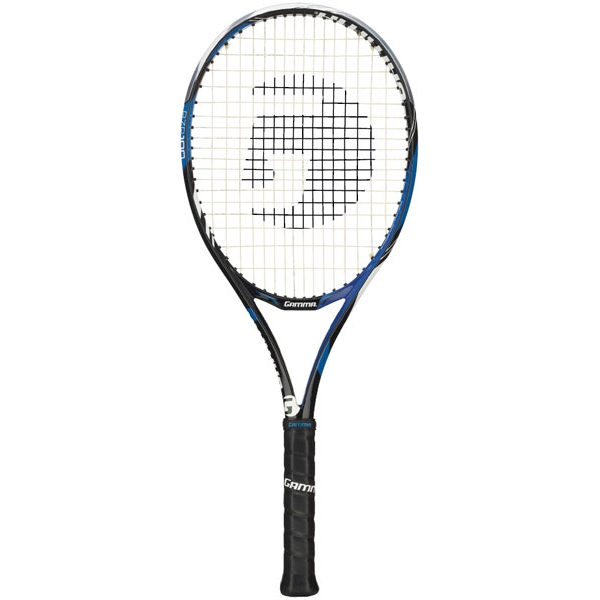 The RZR 100 has all the power of the RZR 100T with added feel and speed. Great selection for players who desire more racquet speed to hit explosive shots with more spin. The Gamma RZR 100 has the same great power as the RZR 100T but an easier to handle weight and great feel make this one better suited to all-court play. If you want more swing speed, greater spin, and explosive power, this one could be for you.

Gamma RZR racquets were designed to reduce drag allowing more acceleration and speed in the natural swing. The rounded radius surfaces, Tapered Bridge Beam, and Low Profile Bumper allow the RZR series of racquets to easily displace and channel air around the frame regardless of the angle of attack, improving racquet head speed on every shot. The midplus headsize and open string pattern offer excellent spin potential, giving you more control in a very maneuverable frame. This slightly head light racquet has a weight of 10.5 ounces, giving players the ability to make quick shots on the fly, making this a great racquet for the all court player.

Ideally suited for players with moderate to long strokes

M Carbon: A composite matrix that increases strength at key points throughout the RZR frame. The result is an optimal combination of stiffness and flexibility that offers maximum power transfer on all shots.

Multi-directional Layering: Carbon sheets are layered in pre-calculated directions to precisely control the fiber angle in each area of the RZR frame. This ensures optimum strength and stiffness throughout the racquet.

Minimized Voids: RZR frames are made using a process that removes entrapped air from the composite matrix to minimize voids between fiber layers that can fatigue the structure. Minimized voids result in maximum frame durability and a solid, comfortable feel.