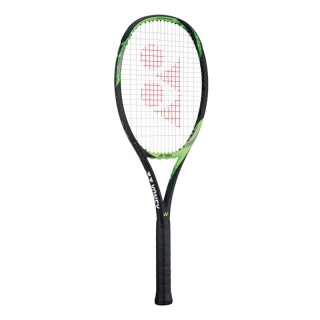 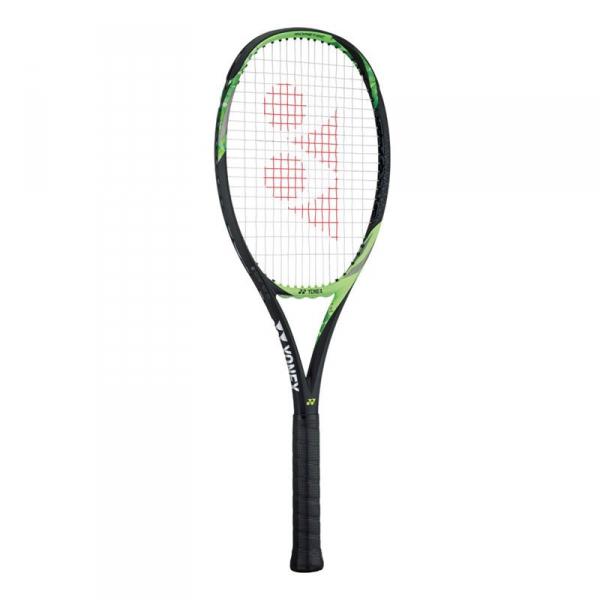 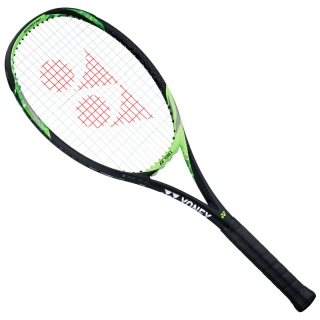 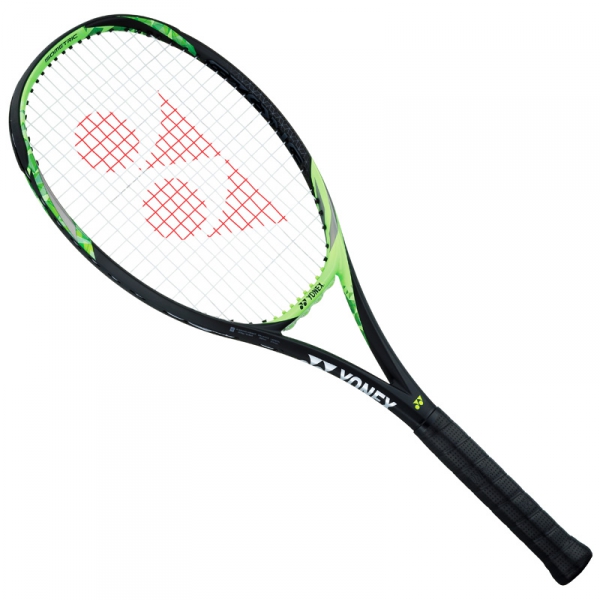 The Yonex EZONE 98 Green (285g) Performance Tennis Racquet is a fairly thin-beamed frame (23mm/24mm/19mm) geared towards beginner to intermediate players with an already competent game, who are looking for a stick that soaks up unwanted vibrations and shock. This stick provides access to ample spin and a fair amount of power, while still maintaining control on groundstrokes and volleys. It comes loaded with technologies that will be discussed in-depth below.

The strung weight of the EZONE 98 Green (285g) is 10.7 ounces, and the lightweight frame gives it great maneuverability on groundstokes and at the net; and keeps your arm from tiring going into the 2nd and 3rd sets. It will also help with arm issues, and especially shoulder issues while serving.

The 27 inch length of frame, 311 point swingweight, and 1 point head light balance provide plenty of stability, and helps with the predictability on off-centered shots. The spin-friendly 16x19 string pattern means there are larger squares in the string bed, allowing more of the ball to be gripped, which "bites" into it when brushing up and imparting heavy, heavy topspin.

This racquet performs best in the hands of beginner to intermediate players with medium-full strokes.
(See Specifications tab for detailed information)