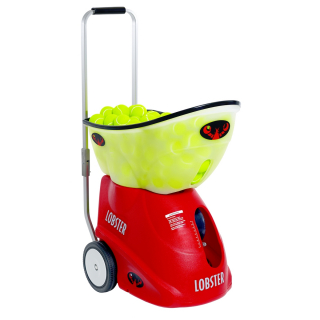 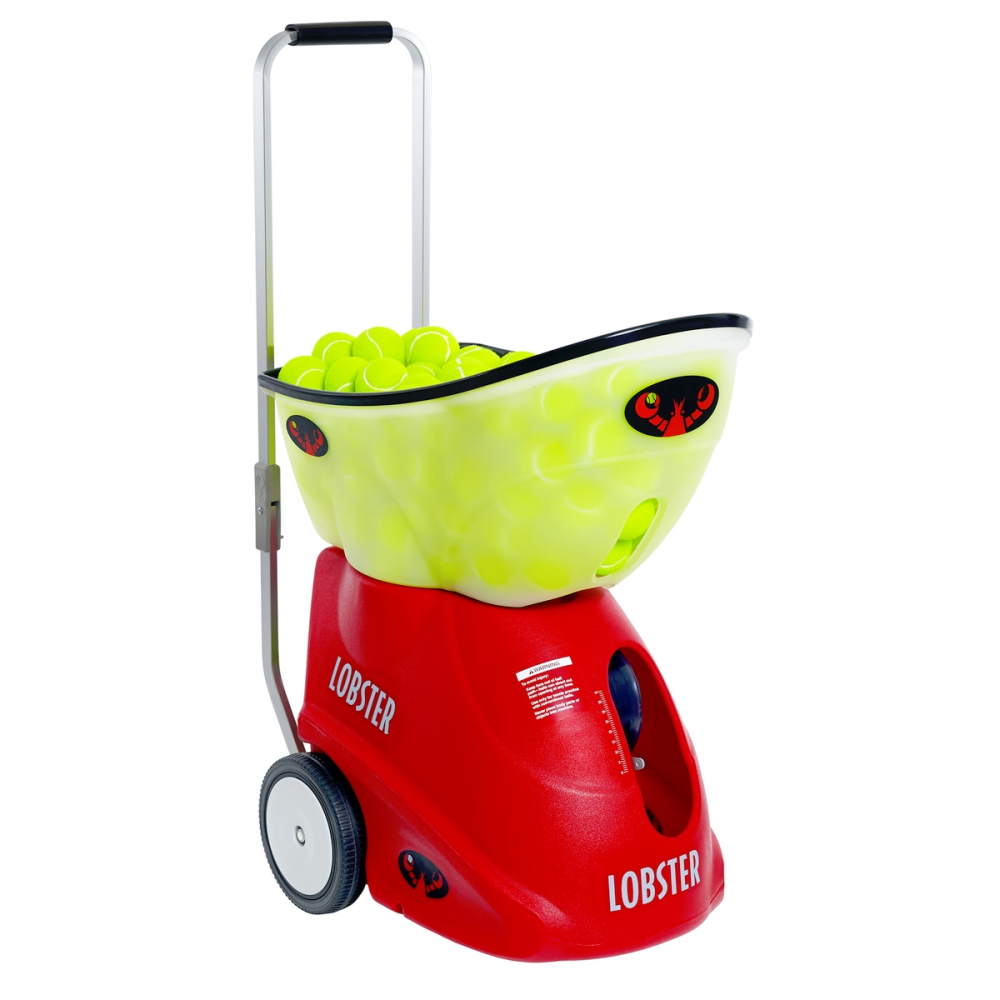 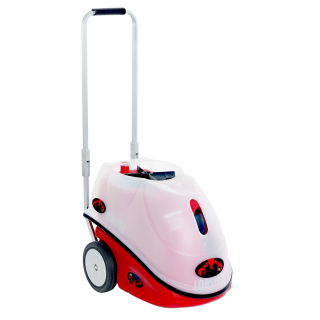 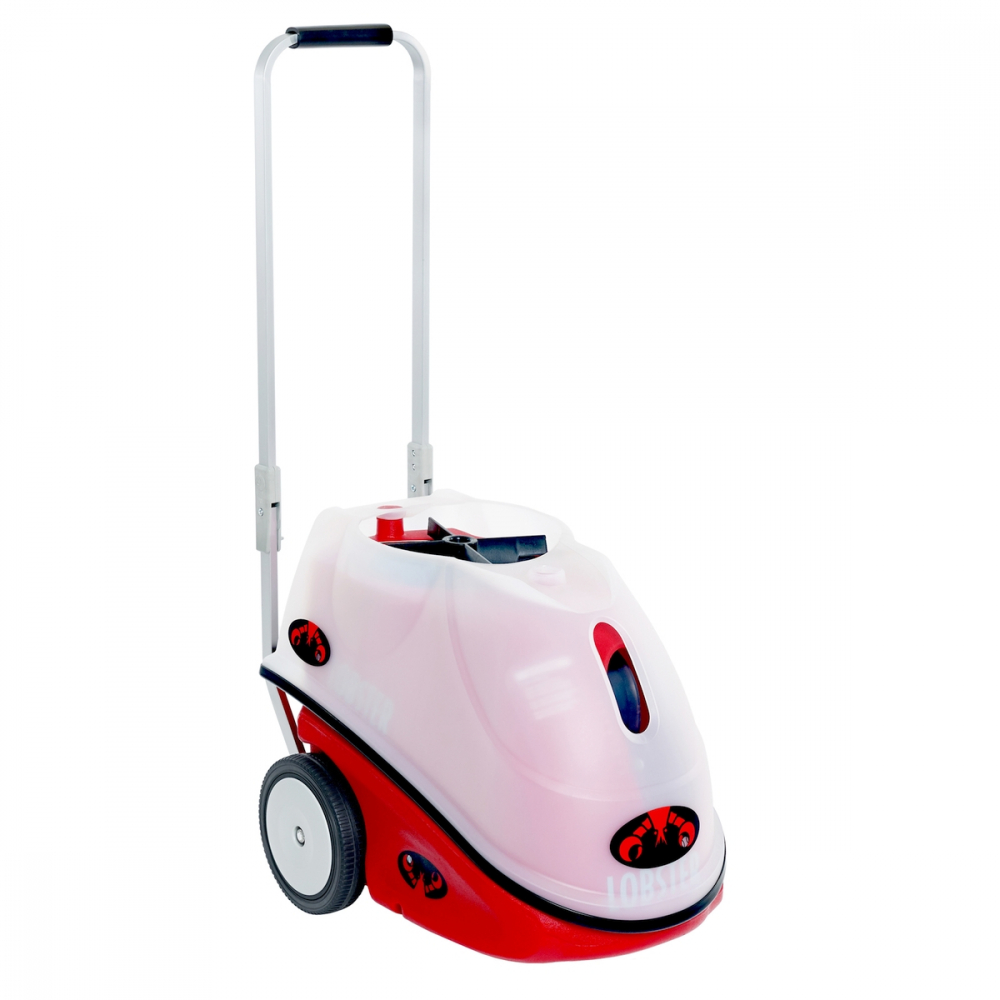 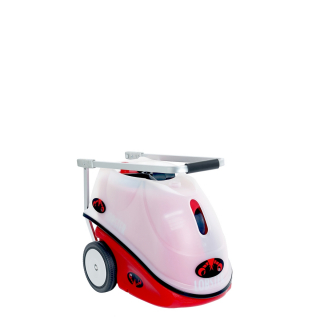 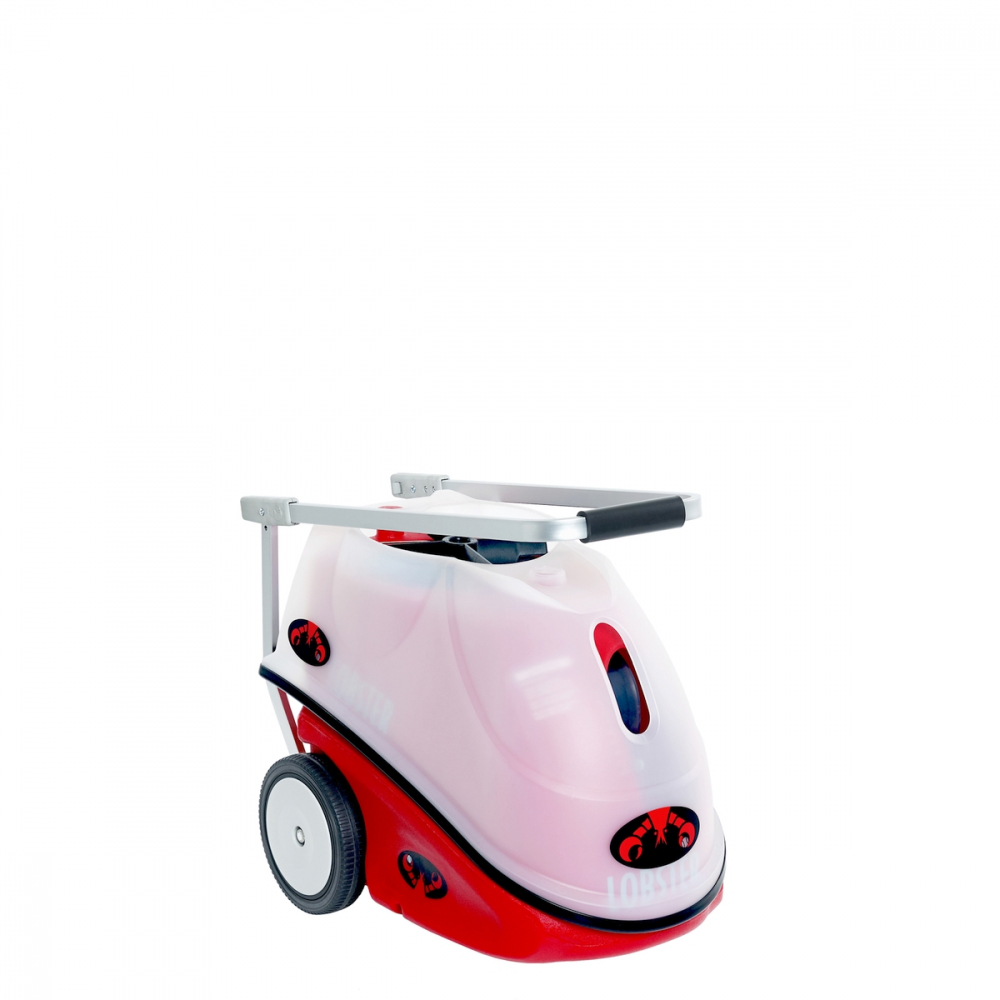 Customize this! With the Lobster Elite Grand Five Limited Edition, you can personalize your court drills, program to 18 shot locations, speed, spin, and feed rate. This innovative feature is unmatched on any other tennis ball machine.

The ground-breaking design on the Grand Five LE, allows the machine to throw balls while combining speed, oscillation, spin and trajectory. Such unparalleled technological advancement lets the Grand V LE to model a genuine tennis match so players can transform their weak techniques into strengths. This is the most advanced battery operated portable tennis ball machine.

The Grand V is also equipped with three pre-programmed six shot drills that simulate the most popular styles of play: grinder, all courter, and power baseliner. These astonishing drills blend speed, trajectory, and spin and prepare you to take on the most challenging opponent. Its 35-pound ergonomic design and oversized-wheels make this machine easy to transport.

Features:
Custom Programmability: The Grand V LE model offers the ability to program and store in the machine’s memory, your own custom court drills. You can program up to 12 custom court drills with each drill having up to (6) sequential shots. The machine offers 18 different ball locations to select from with the ability to assign an independent ball speed, ball spin, and ball feed rate for each ball within the custom court drill created. 20 second delay on ball feed mechanism upon pressing ‘play’ to allow player to reach the opposing side of the court prior to the balls being thrown. Current battery charge level will be displayed on the LCD screen upon pressing and releasing the ‘power’ button.
Pre-Programmed Court Drills: This model has (3) “style drills” simulating the three main styles of tennis played today and (3) “exercise drills” for mastering not only your tennis stroke but court position and strategy. There are total of (6) pre-programmed drills for you to practice against in the Grand V Limited Edition.
Fully Random Oscillation: This feature incorporates both horizontal oscillation along with vertical oscillation allowing the machine to throw balls throughout the entire spectrum of the tennis court while mixing up ball speeds, ball spin, and the ball feed rate. This feature takes simulation of match play to a whole new level.This machine offers (3) positions of the 2-line function (Narrow, Medium, and Wide settings) In addition to throwing balls alternatively to two positions (forehand & backhand) you can select the depth of the ball throws or select random for varying depth.
Grand 20-function Remote Control: The Grand IV, like the other Grand Series portable machines, is compatible with the optional Grand 20-function Remote Control. The remote control allows you to gain complete control of the operation of your ball machine from the opposing side of the net. With its 20-functions you can make instantaneous changes to functions like: play/pause, oscillation sweep, fully random, 2-line, speed, feed, spin, and much more. This option may be pre-installed by the factory or by the owner after purchase.
iPhone Remote Control: In addition to the Grand V Limited Edition being compatible with the Grand 20-function remote control this machine is also compatible with the optional iPhone Remote Control. This optional remote control system uses a factory installed Wi-Fi remote control receiver to communicate with your iPhone upon downloading the free app from iTunes.

Pre-Programmed Court Drills Available With This Model:
MOONBALLER
Moonballers can be a nightmare to play against. Think of it like slow pitch softball. The high arcing pitch looks like it should be easy to hit, but it’s not! To play the moonballer, you need patience or a combination of patience and a good midcourt swinging volley to move forwards and finish the points. Try practicing both!
Also, don’t be afraid to move back and let the high bouncing ball drop to a more comfortable height.
SLICER
Some of the most effective club level players are called “hackers” by their friends. Others call them “slicers and dicers!” Typically these players can slice or chop their groundstrokes, keeping the ball low and hard to return. To play a “slicer” remember to bend your knees a little lower than normal, minimize unforced errors, and be ready for a long match! These players are usually very steady and will move you all around the court.
LEFTY
Most players are right-handed, which can make playing a lefty a relatively uncomfortable experience. Just don’t be the player who doesn’t even realize they just played a lefty until the match is over! It’s important to know that most left-handers have strong forehands groundstrokes and strong backhand volleys. But, they often have weaker slice backhand groundstrokes and have trouble with low forehand volleys. The feeds from the machine in this sequence are designed to simulate what a lefty might throw at you!
BEGINNER
Beginners need encouragement and success. This 6-ball drill is meant to help beginners improve and build confidence. Balls are fed into the middle 50% of the court, at slow to medium speed and land in the area between the service line and 9 feet in front of the baseline. Beginners should try to hit all 6 balls to land past the service line on the opposite side of the net. A more challenging variation is for the hitter to call out which side of the court they are aiming for (crosscourt or down the line) before striking each ball. Hit 6 balls and then pause the machine to simulate a relatively long point.
INTERMEDIATE
Intermediates need to be challenged to reach more advanced levels. This 6-ball drill will help intermediates improve their court coverage and execute a variety of shots. The goal for the hitter is to land all 6 balls behind the service line with 4 of the 6 balls to land in the deep half of the backcourt area as shown in the diagram. Hit only 6 balls at a time and then pause the machine to simulate a relatively long point. A more challenging variation is for the hitter to call out which side of the court they are aiming for (crosscourt or down the line) before striking each ball.
ADVANCED
Advanced players need to be challenged by pace and placement to reach even more advanced levels. This drill is designed to help advanced players develop higher shot tolerance while learning to quickly identify “opportunity” balls that can be attacked. Hit at least 2 balls into a right-handed opponent’s backhand court, then on the next relatively short ball fed from the machine, attack that ball with an inside-in forehand to the opponent’s forehand side. Hit it crosscourt or run around a backhand to execute this shot. The only rule is the machine is only allowed to feed 6 balls in each sequence before being paused. Therefore the hitter will be pressured to look for the first opportunity ball to attack on the 3rd, 4th, 5th, or 6th ball fed.
More features:
- Pre-programmed Court Drills: Six separate six-shot court drills; Grinder, Power Baseliner, All Courter, Approach, Attack/Defend, and Forehand Plus
- Oscillation: Random Horizontal (Short, Mid, Deep); Random Vertical (Left, Middle, Right); Fully Random Horizontal & Vertical with variable Speed & Spin
- Feed Rate: 2-12 Seconds
- Power: Battery (fast charger included)
- Court Time: 4-8 Hours
- 3-Line Function: Narrow, Medium, & Wide
- Elevation: Electronic; 0-50 Degrees
- Weight: 44 lbs.
- Spin: Top; Back
- Maximum speed: 80 mph
- Ball capacity: 150
- Battery operated
- Warranty: 2 years
- With the Lobster Elite Grand V Limited Edition Ball Machine, you can play wherever you want. Just press a button and play against the playing style of your choice.