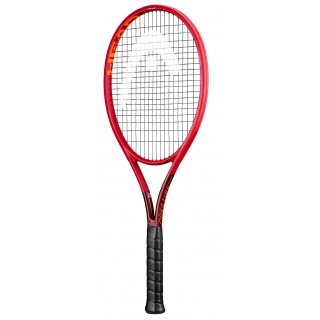 The faster you go, the more the HEAD Graphene 360+ Prestige Tour Tennis Racquet delivers on the precision the silo is known for. With its larger head and bigger sweetspot, it is the perfect racquet for aggressive players whose style of play is right to the point. It features the new Graphene 360+ technology, a combination of Graphene 360’s energy transfer and innovative spiralfibers for an enhanced flex and clean impact feel as well as the silo’s new reduced, asymmetric design identity. The Prestige Series is endorsed by Marin Cilic.