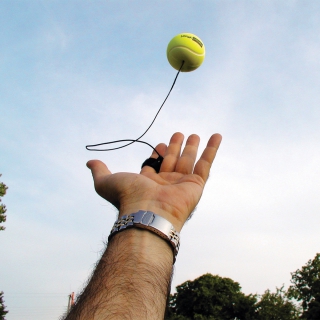 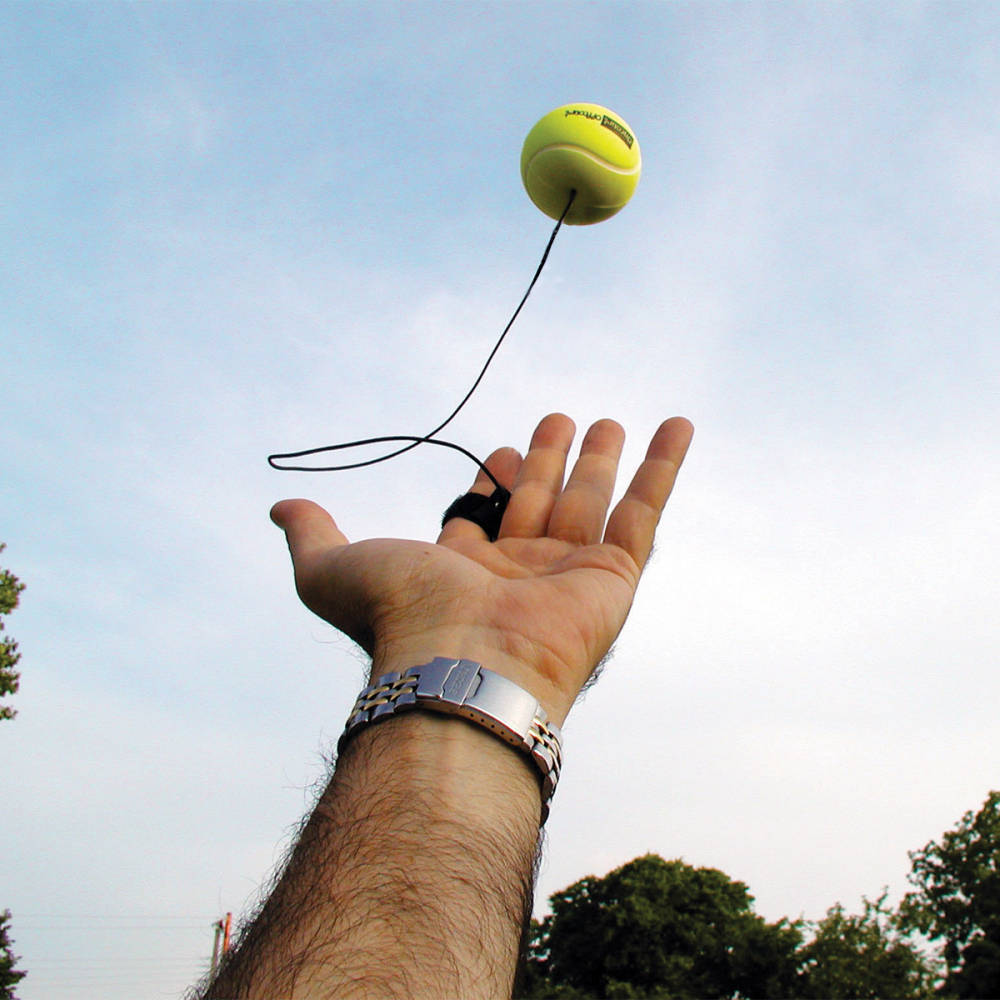 The Toss Doctor - Tennis Ball Toss Trainer makes bad tosses a thing of the past. Helps all levels of players get a controlled and consistent toss. It even helps players who toss too high on windy days. So quick and easy, you won’t believe it!

At the very least, a controlled toss contributes towards a consistent serve. One critical aspect is tossing the ball just highenough to hit. Gone are the days when the toss is thrown way up into the air and is hit when it is falling down, gaining momentum with every inch it descends, making it difficult to hit.

Place the Toss Doctor around the index finger of your tossing hand. Toss as high as possible without the Toss Doctor ball extending the elastic and snapping back at you. In other words, toss the ball up softly and catch it back in the same hand. Do this 20 times a day and watch the consistency of your toss soar! You can also use the ball for developing catching skills. Just toss and catch it in any direction at varying speeds.