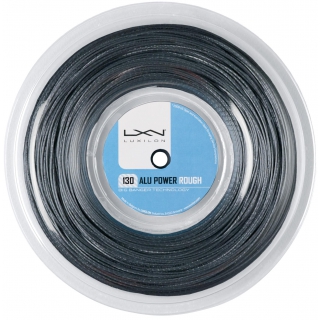 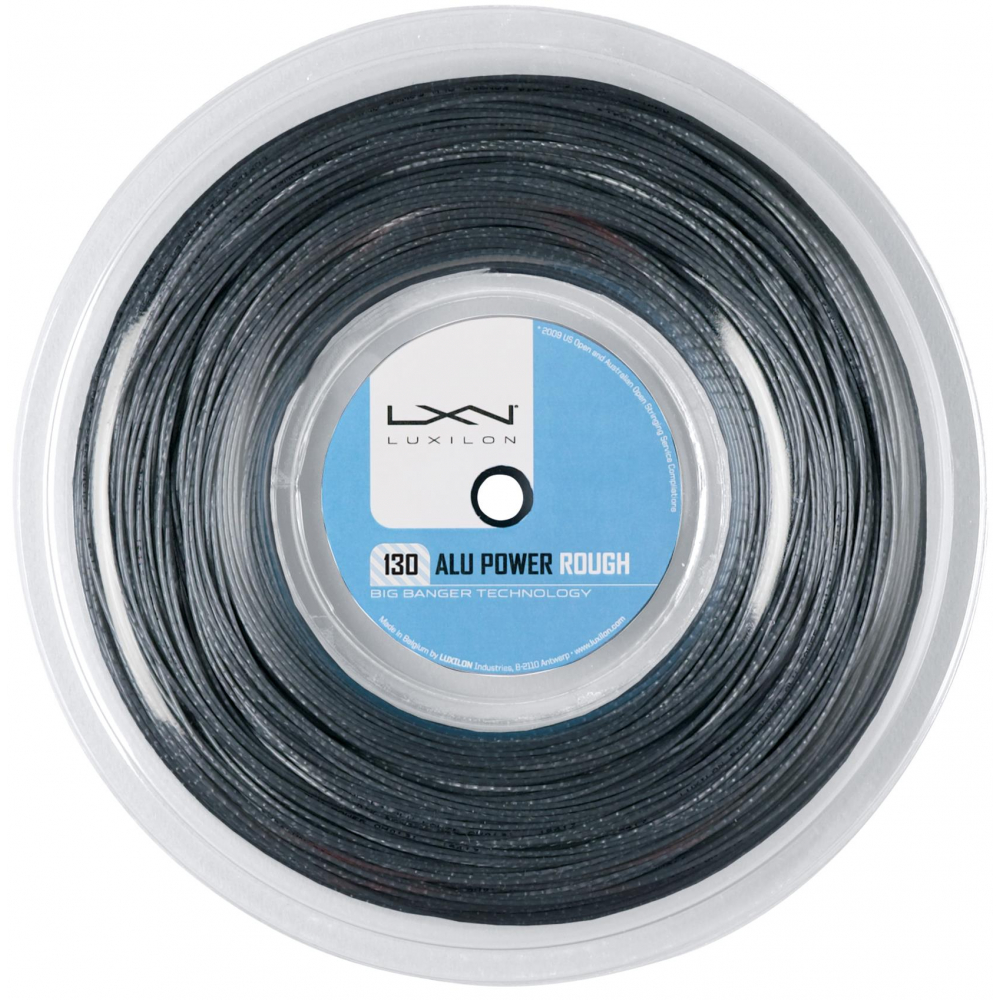 The Luxilon ALU Power Rough 130 tennis string is a rougher version of ALU Power 130 for increased spin potential. The dented surface also provides more string flex for a slightly softer and more forgiving feel. It is the exact same Poly-Ether-Ether + Aluminum performance enhancing formulation as in ALU Power 130. Used by many players as a hybrid with natural gut including Roger Federer and other Top 10 players.

FEATURES:
Used by many players as a hybrid with natural gut including Roger Federer and other Top 10 players
Structural integrity of string is secure as denting is done while string is still soft
Widely used in hybrids, mostly as main string for more spin and feel
String is completely impervious to atmospheric conditions such as moisture
Reduce tension at least 10% lower than nylon strings to provide optimum playability as ALU Power Rough does not suffer from tension loss common to other strings