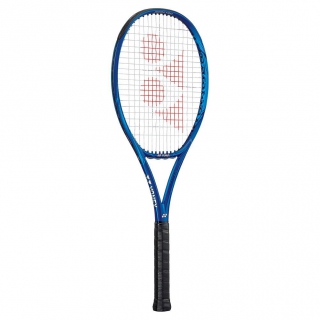 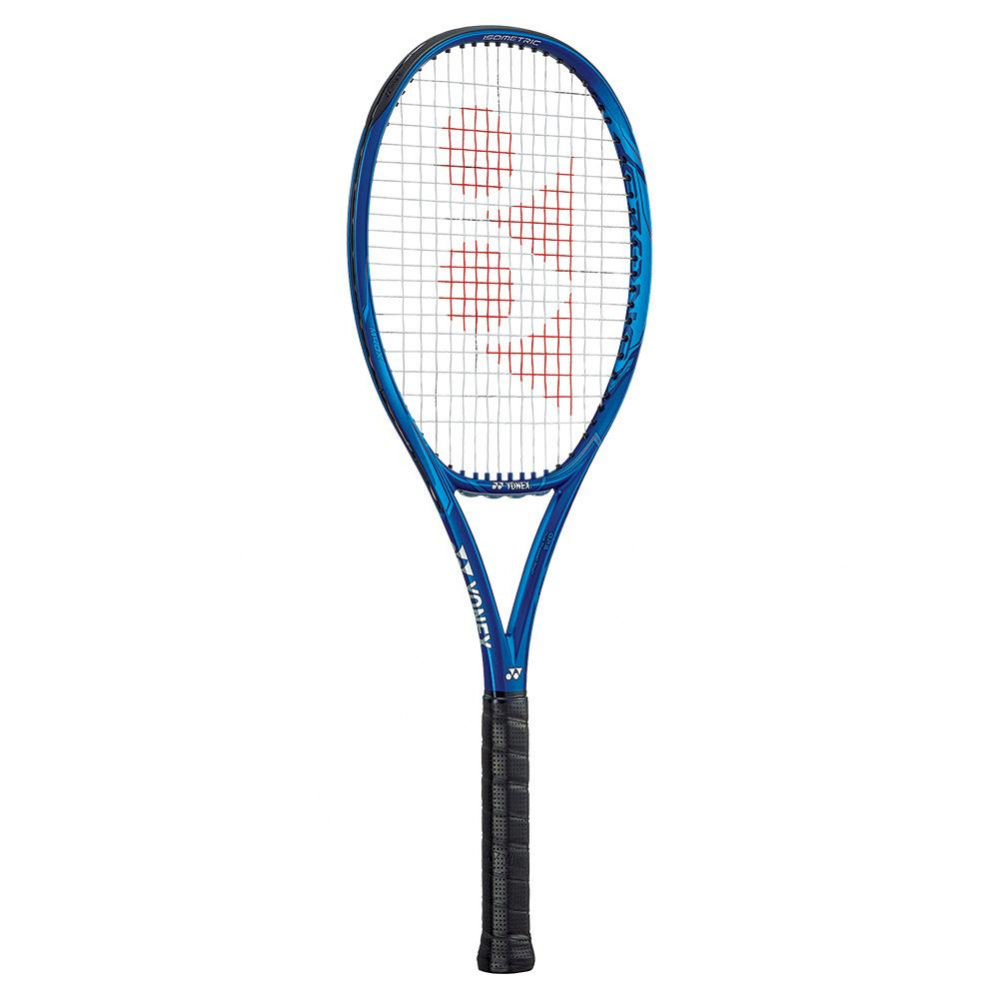 The Yonex EZONE 98 (305g) Deep Blue Performance Tennis Racquet is a fairly thin-beamed frame (23mm/24mm/19mm) geared towards intermediate to advanced players with an already competent game, who are looking for a stick that soaks up unwanted vibrations and shock, and provides access to ample spin and a fair amount of power, while still maintaining control on groundstrokes and volleys. It comes loaded with technologies that will be discussed in-depth below.

The strung weight of the Ezone 98 is 11.4 ounces (305g), and the heft of the frame gives it great plow-through on offcentered shots not in the sweetspot. This means you will get a more predictable trajection on your shots, even when you do not line up the ball perfectly. This is especially important for players whose footwork does not always cooperate, and find themselves out of position at times.

The 27 inch length of frame, 316 point swingweight, and 6 point head light balance provide plenty of stability, while giving the head a rather light feel to it. This helps when whipping the head ‘through the zone’ and imparting ample spin when necessary. The spin-friendly 16x19 string pattern means there are larger squares in the string bed, allowing more of the ball to be gripped, which ‘bites’ into it when brushing up and imparting heavy, heavy topspin.

The wider range of string tension than on most frames, 45 to 60 pounds, gives the player more variance on whether or not they need more power and spin, or more control. The rule of thumb is the stringbed works like a trampoline, and the lower tensions allow the strings to bend more, which slingshots the ball forward - just like a trampoline. The lower tensions allow the cross strings more movement, and the resulting snapback propels the strings upward on whippy shots, and this imparts even more spin. Tighter stringbeds, conversely, have more control and tend to keep the ball inside the baseline, even on imperfect swings and volleys - do not swing on your volleys - just punch!