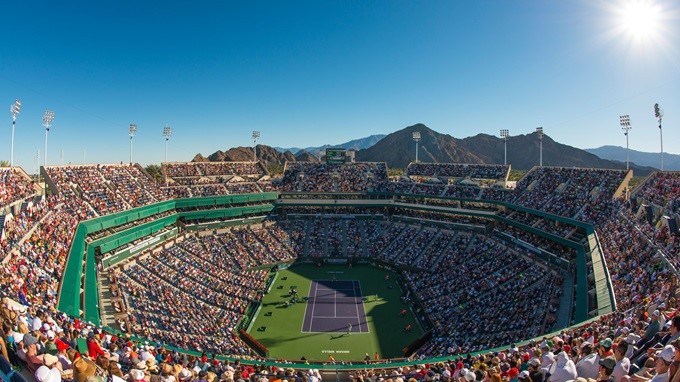 The BNP Paribas Open is held at the Indian Wells Tennis Garden every year. It is particularly fun for us locals, but also consistently draws a big crowd from all over the country. If you missed the excitement, here are some of the memorable moments of the tournament.

Part of the big draw of this year was Serena’s acceptance of the wild card entry to the tournament. Serena Williams had previously boycotted this tournament for 14 years straight, until now. Because of this, everyone has been watching her every move.

During this tournament, two lefties faced off in a match – Rafael Nadal and Donald Young in the third round.  This match was particularly interesting because they are both left handed. Young was no match to Nadal, who took the match and won 6-4, 6-2.


This tennis match was interesting to watch because of the hope for the young American Sloane Stephens to win. Stephens had a promising start, and even took the first set 7-6. Unfortunately, she ended up getting demolished by Serena in the next two sets 2-6, 2-6.

We all wanted to know if Roger Federer was going to avenge Andreas Seppi for taking him out of the Australian open. Federer indeed gave us his answer. He beat Seppi 6-3, 6-4.

This three-set quarter final had a surprising turn of events. Raonic remarkably saved three match points, and ended up defeating Nadal 4-6, 7-6, 7-5. The second set’s tie-break was pretty back and forth, but Raonic was able to win 12-10. Though, his reign was short lived as he lost to Roger Federer in the next round.

Serena retires from the tournament

Serena Williams finally decided to come back to the BNP Paribas Open after 14 years of boycotting the tournament. It seems she is gone almost as soon as she came. Serena was set to play Simona Halep but ended up withdrawing due to her knee injuries.

On to the finals – Novak Djokavic and Roger Federer were set to face off. I think many people were interested in seeing if Federer could hold up against Djokovic, and win a title again. Djokovic started off strong, but then Federer fought back in the second set to force a tie breaker. Nonetheless, it wasn’t a challenge for Djokovic who ended up taking the title, winning 6-3, 6-7, 6-2.

After Serena bowed out of the semifinals, it left Simona Halep and Jalena Jankovic to play in the finals. This game went to three sets.  Jankovic took the first set easily and then Halep found her momentum in the 2nd round. She took the next two sets 7-5, and 6-4. Jankovic played a very good match and made it further in the tournament than many expected.

Once again the BNP Paribas Open proved to be an outstanding tournament and had many exciting moments and memorable matches. Not to mention all the great energy and fun things to do around the grounds at the Indian Wells Tennis Garden! Let us know your favorite moments in the comments or on Facebook, Twitter or GooglePlus.