Monte-Carlo Rolex Masters Tennis Champions of the Past 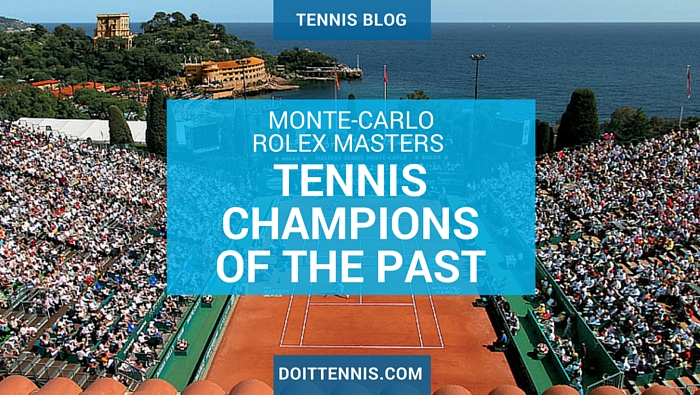 As the ATP Masters 1000 World Tour heads into the 2016 Monte-Carlo Rolex Masters Tennis Championship this week, the question still remains: Who among the Monte-Carlo tennis champions can stop the Serbian onslaught of Novak Djokovic?

Djokovic heads into the principality along the brilliant blue Mediterranean Sea with two straight men’s singles tennis titles. He won both the Miami Open presented by Itaú in Florida and the BNP Paribas Open in Indian Wells, California. And Djokovic (wielding a HEAD Graphene XT Speed Pro tennis racquet) already won the Monte-Carlo tennis tournament in 2015 and 2013.

Rafael Nadal and his Babolat AeroPro Drive will be a factor. Nadal dominated the Rolex Masters with 8 straight tennis singles wins from 2005 to 2012. That includes in 2008 being both singles tennis champion and doubles tennis champion (with fellow Spaniard Tommy Robredo). That hasn’t been done at the Monte-Carlo event since Ile Nastase captured both crowns in the early 1970s.

There are many other contenders. The 2014 Rolex Masters winner Stan Wawrinka with a Yonex VCORE Tour G tennis racquet is always a powerhouse to watch. Roger Federer who skipped both Indian Wells and Miami will try to bounce back with his Wilson Pro Staff RF97 Autograph tennis racquet. Current #2 Andy Murray is also among our favorites in the ATP Top 25 players that will be batting in Monte-Carlo for a spot on the finals tennis court.

The legendary Bryan brothers are the team to beat in the doubles bracket. Mike and Bob Bryan have dominated the tournament winning 4 out of the 5 last years. The Americans were even finalists in that 5th year losing to Julian Benneteau and his partner Nenad Zimonjic at the end of 2013’s epic 12-14 third set tiebreaker. Zimonjic himself has five Monte-Carlo doubles tennis championships over the years.

Monte Carlo singles tennis champions of the past

Monte Carlo doubles tennis champions of the past

Keep up with the all the tennis action, draws and results at 2016 Monte-Carlo Rolex Masters Tennis Championship tournament website.

Who is most likely to knock Djokovic off his Monte-Carlo Rolex Masters pedestal? Do you think there are any surprises in the draws this year?