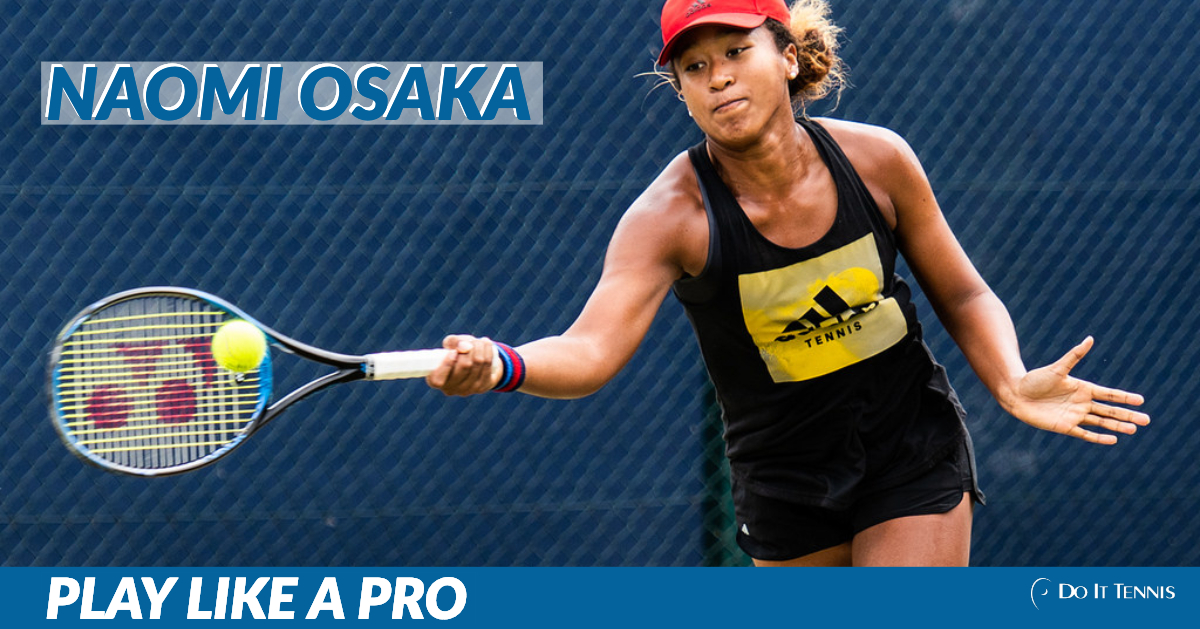 As if that all wasn’t enough, Osaka is currently ranked World No. 1 and has signed one of the biggest deals with Adidas that the company had ever done with a female athlete.  With the 8.5 million deal that Osaka signed with Adidas, you will see her sporting Adidas apparel on the tennis court.

Adidas tennis apparel for women has always been popular among female players but Osaka has definitely been a trendsetter, sporting the brand throughout her matches. She is definitely a fan of the Adidas Parley options and Adidas visors.
Yonex is another one of Osaka’s sponsors. According to the Yonex website, Osaka uses the EZONE 98 Blue Tennis Racquet (305g), PolyTour Strike 125 string, and a Yonex Pro Series racquet bag. Do It Tennis offers the entire Naomi Osaka

Yonex pro bundle if you want to play like your favorite female pro. Here is what the bundle includes:

This Yonex tennis racquet is geared towards intermediate to advanced players who are confident in their game. This racquet tends to absorb unwanted vibrations as well as shock. It gives a good amount of power and spin while assisting in the control of groundstrokes and volleys.

This racquet bag in a cool black and infinite blue color scheme is perfect for carrying numerous racquets and even has extra storage for personal belongings. The Pro Series 12 pack offers Thermo Guard Lining inside the bag to protect the racquets from heat, it has a non-collapsing shape and E.V.A Form materials.

Yonex Poly Tour Pro 125 Tennis String which, if were getting technical, has a unique polymer blend which offers both strength and flexibility. The bundle also includes Yonex Rexis tennis string which is made of nylon, multifilament material and is world’s first string with more flexible material FORTIMO(TM).

One of the top selling grips, Super Grap absorbs shock and sweat offering even more control and feel.