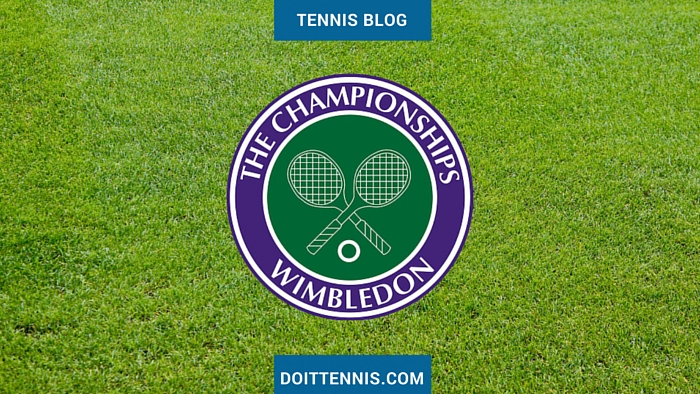 The sun is shining, the emerald green center and show courts at the Wimbledon 2016 tennis championships are so far nearly untouched. If the infamous English rains can hold off it what’s the forecast for the world’s top tennis professionals at the All England Lawn Tennis & Croquet Club?

A win by Novak Djokovic seems pretty clearly on the horizon. Djokovic has been wielding a HEAD Graphene XT Speed Pro Tennis Racquet like Thor the god of thunder’s hammer and smiting nearly all opponents. With his recent first win at the recent 2016 French Open, Djokovic should be filled with confidence. Could his decision to avoid any grass court tournaments as a run up to Wimbledon take off the edge? Djokovic is trying to achieve a three-peat after wins in 2014 and 2015?

Trying to avoid a personal Briexit from the tennis tournament, Andy Murray, the home crowd favorite doesn’t have smooth sailing but should be in the running. Can Murray win with the favorable wind of the British fans at his back? Do any of the eight other Brits in the tournament worth considering?

Appearing as always as calm as a lazy summer day, Roger Federer, has already won at Wimbledon seven times. Recent surgery and a full recovery or not, he has to believe with his Wilson Pro Staff RF97 Autograph Tennis Racquet he still has a good chance this year. Federer was up against Djokovic in the last two Wimbledon finals and ßhas appeared in an astonishing 10 of the last 13 singles finals.

Seeing Rafael Nadal dressed in the Wimbledon required all whites is always a bit unusual for the colorful and sunny Spaniard. But Nadal with his Babolat AeroPro Drive has hoisted the cup as Wimbledon champion twice and was a singles finalist in three other years.

It’s tough to call the other well-known, top-ranked ATP tennis players dark horses but there are several to consider.

Can that tornado of power Stan Wawrinka break out this year with a Yonex VCORE Tour G Tennis Racquet ?

For the Wimbeldon 2016 women’s single tennis title the forecast is a little cloudier.

Already enshrined as one of the all-time tennis greats, some fans wonder at 34 does Serena Williams have brimstone and fire to claim a fifth Wimbledon crown? Will her Wilson Blade 104 help her slice through the fog of doubt after falling short in the Grand Slam singles finals at the 2016 French Open and the 2016 Australian Open? On the other hand she did make it to both finals, not an easy achievement. She also has won at Wimbledon six times including a win here in just last year in 2015.

Emerging from the swirling red dust clouds as champion of the clay courts at the French, Garbine Muguruza will be looking to continue her run in England. Muguruza can also play well on grass. She and Williams battled at the 2015 Wimbeldon women’s single final where Williams prevailed.

Like an ominous powerful cloud system, Petra Kvitova, the Wimbledon women’s singles champion in both 2014 and 2011 lingers as a contender with her Wilson ProStaff 97 tennis racquet.

Agnieszka Radwanska, is also well positioned has played well this year. Can the #3 WTA ranked player rain down winners on her opponents with a Babolat Pure Drive Lite 2015 .

And how about a momentum pick? Madison Keys just won the Aegon Classic grass court tune-up tournament in Birmingham, England. It helped the American break into the WTA top ten. Can Keys ride a favorable breeze to center court at Wimbledon?

Come on be brave-who is your pick to beat Djokovic at the 2016 Wimbledon tennis championship? Any personal forecast on who among the top women tennis players will prevail at the All England Tennis & Croquet Club?