There’s been some spectacular tennis since our last update. Some tennis matches weren’t as close as we’d predicted, but many unexpectedly brought us to the edge of our seats. We’ve done our best to recap the highlights to bring you up to speed on the Australian Open 2015.

Day 4: Continuing round two there were only a few upsets on the women’s side this day. The match between Victoria Azarenka VS Caroline Wozniak, which was supposed to be the ‘match to watch’, wasn’t as big as I hoped. Azarenka and #8 Wozniaki went head to head but Azarenka easily advanced to round three. On the men’s side, Novak sped through his match against Andrew Kuznetsov, easily making it to round three. Many other favorites also advanced, but the Frenchman Gael Monfils wasn’t so lucky against Jerzy Janowicz.

Day 5: Day five was the start of the third round and witnessed perhaps the biggest upset, so far in the tournament. Roger Federer was in a good place in the tournament until this round against Italian Andreas Seppi. Federer ended up only getting one set off of the Italian despite two hard fought tie breakers. Andreas Seppi won 6-4, 7-6,4-6,7-6. This match kept me on the edge of my seat, thinking Federer could pull through, but that wasn’t the case this time. The Italian was playing the best tennis in his life. On the women’s side many favorites moved to the next round, but Sara Errani, the #14 seed, was beaten by Yanina Wickmayer. And with these matches in the books it was time for day six.

Day 6:  Day six held the remaining matches for round three. Young American Madison Keys had an exciting match against #4 seed Petra Kvitova. Keys overpowered Kvitova and surprisingly won, earning her a spot in the fourth round.

Day 7: Day seven marked the start of round four. Grigor Dmitrov put up a tough match against Andy Murray, but ultimately Murray won 6-4, 6-7, 6-3,7-5. The young Aussie Bernard Tomic was also knocked out by Tomas Berdych without even gaining a set off of him. The player who knocked out Federer, Andreas Seppi, didn’t have an easy match against Nick Kyrgios.
In fact, Kyrgios took home the win in a 5-7, 4-6, 6-3, 7-6,8-6 match. On the women’s side Eugenie Bouchard, Maria Sharapova, and Simona Halep will join the winners of day 8 in the quarterfinals. 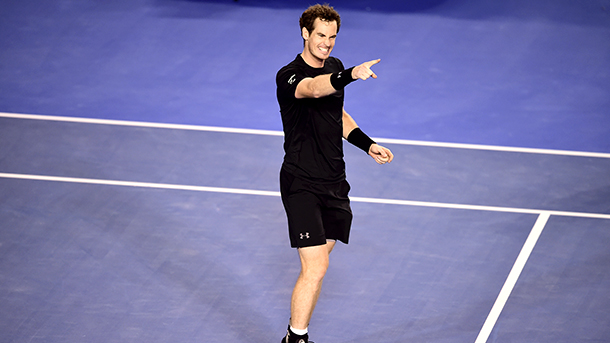 
Day 8: Day eight wrapped up the last matches of round four. Victoria Azarenka was projected to possibly make it to the semifinals, but Dominika Cibulkova thought otherwise. Beating her 6-2, 3-6, 6-3, Cibulkova advanced while Azarenka went home. Serena Williams also made it to the quarterfinals, as did her sister Venus, making it the first time they have both been in a quarterfinal since 2010. It was also the battle of the Americans – and the Madison’s –
when Madison Brengle and Madison Keys duked it out on the court. Keys came out on top and will be playing Venus Williams in the quarterfinals. Milos Raonic probably saw his life flash before his eyes against Feliciano Lopez, but was able to secure his spot after winning 6-4, 4-6, 6-3, 6-7, 6-3. 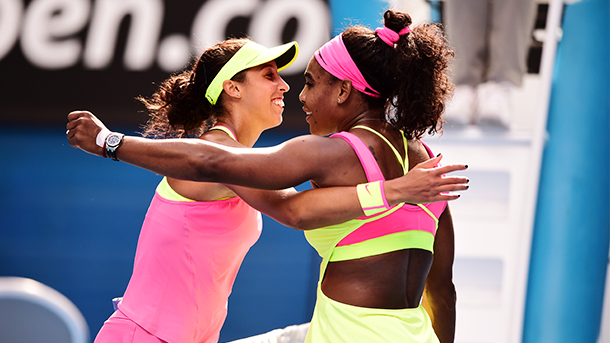 Day 9: The stakes are getting higher and higher and we now enter into the quarterfinals. Ekaterina Makarova defeated Simona Halep effortlessly 6-4, 6-0. Eugenie Bouchard wasn’t much of a competition for Sharapova, who played great tennis and easily won 6-3, 6-2.  Tomas Berdych upset Rafa in a spectacular match, winning 6-2, 6-0, 7-6. It was a shock that Rafa couldn’t even get one set off him, despite it being a close third set. Berdych was not going to lose to Rafael Nadal 18 times in a row. The sensational young Australian, Nick Kyrgios, was determined to make it to the semifinals, but was not determined enough. Andy Murray outplayed him, winning 6-3, 7-6, 6-3 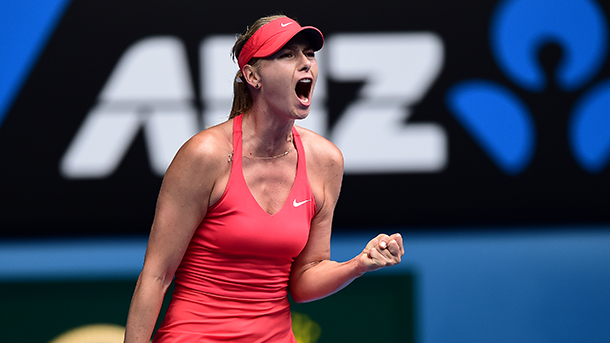 Day 10:
Day ten was a display of even more determination from these athletes.  In the women’s quarterfinals we saw Madison Keys vs Venus Williams, and Serena Williams vs Dominika Cibulkova. It could have been both Williams in the semifinals but Keys played outstanding, and simply out-played Venus. Keys won 6-3, 4-6, 6-4 and will be facing Serena, in the semifinals, which could likely be the end of her winning streak. Cibulkova didn’t even have a fighting chance against Serena and went home empty handed.
On the men’s side it was Stan Wawrinka vs Kei Nishikori and Novak Djokovic vs Milos Raonic. Both Stan Wawrinka and Kei Nishikori had a lot to fight for this year. Nishikori was just on a high from beating Wawrinka in the US Open last year to make the Finals. Wawrinka was defending his title from his Australian Open win last year. Stan proved victorious, winning the match 6-3, 6-4, 7-6. Novak Djokovic and Milos Raonic also faced off for a spot in the semifinals. The first set looked promising for Raonic, but Djokovic was just too good for the Canadian. Once Djokovic won the tie break he found his stride and beat Raonic 7-6, 6-4, 6-2. Raonic didn’t even get a set off of him, as Djokovic advances to the semifinals.

The men’s side is less predictable in my opinion. I think Tomas Berdych can make it to the finals as can Stan Wawrinka, but Novak Djokovic is pretty solid, too. I can see it being Tomas Berdych vs Novak Djokovic for the final. All I know for sure is that there will be some great tennis going on that you sure won’t want to miss.

On the men’s side Andy Murray moves on, while Djokovic and Wawrinka have yet to play. I predict it will be Novak and Murray in the finals, unless Wawrinka does some extraordinary playing. All I know for sure is it will be an awesome finals match.