How To See The Ball As Well As Roger Federer

filed in Tennis How To, Technique On How To Serve And Volley, Tennis News 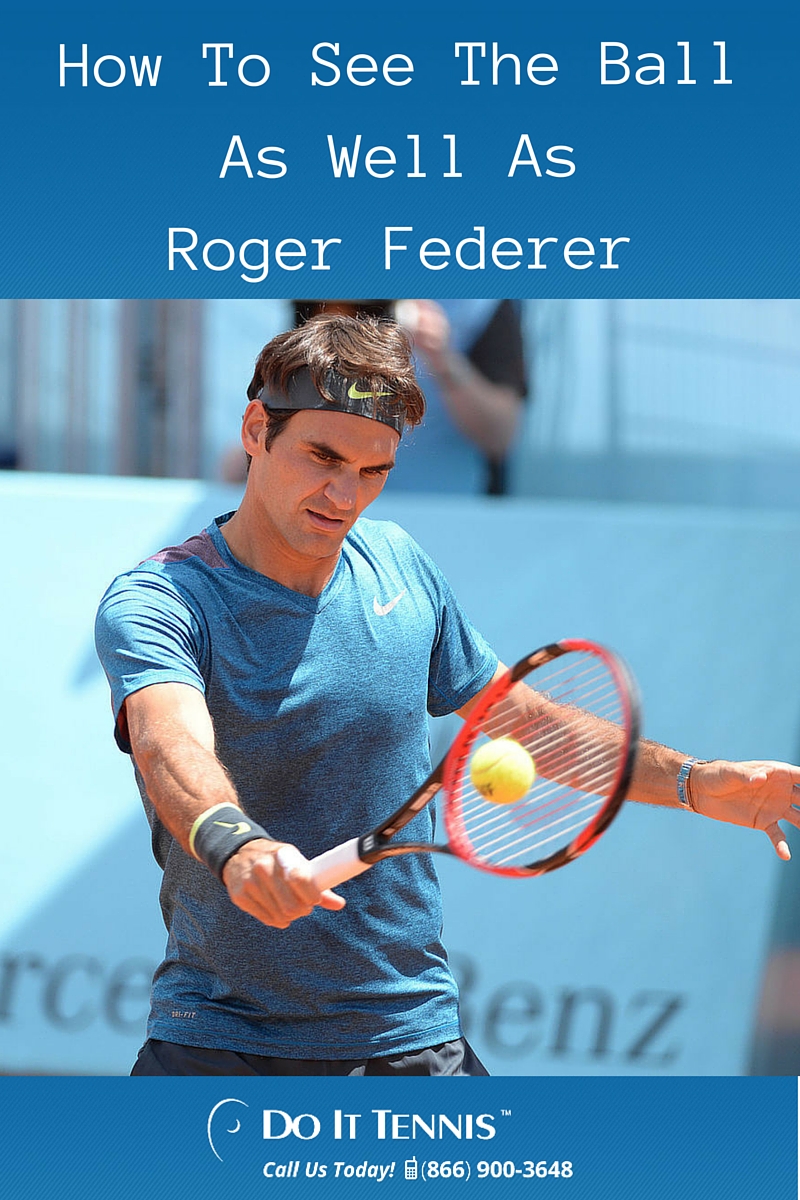 Guest article by Jamie of DirectSight.

Britain prepares to enter the customary fortnight of tennis fever at this year’s Wimbledon Championships, showcasing the finest players on the planet who seem to display unnerving hand eye co-ordination and the ability to see shots no others can, but how exactly do they do this?

Swiss superstar and sixteen time Grand Slam champion Roger Federer will be vying for a record equaling seventh title at SW19, while the Olympics event just around the corner places extra significance on this summer’s tennis schedule, with Federer regularly stating his wish to claim the gold in a period where London will be the epicenter of tennis greatness.

But just what is it that gives players as acutely skilled as Federer that extra edge which appears to allow him extra time to pick his shots at the crucial moments during a match?  Movement, positioning and supreme shot technique are all crucial aspects, but are only made possible by highly tuned vision and hand-eye co-ordination.

While most of us can only dream of competing at Grand Slam level, there are certain techniques we can take from the master of the sport to help improve our shot making ability on court. When people watch Federer, they always remark on how his head and eyes remain still prior to making a shot, enabling a balanced and focused stance that allows him to time shots perfectly, picking off winners at will even in difficult situations.

Much of this is down to well drilled vision technique, an important element of all sportsmen and women’s overall performance. Heightened vision technique possessed by the likes of Federer allows the freedom to improve other areas of his game, perhaps explaining why he always seems to be a step ahead of other players in body and mind during a tournament.

Many players at all levels are taught to watch the flight of the ball onto the racket to enable correct timing, keeping it in frontal sight. While this is mostly instinctive for players of certain ability, it can also be partially learned and practiced from an early age. Some argue though that Federer utilises a slightly different technique, in that he actually looks at the ball from the back of the racket through the strings, enabling him to greater determine how the racket is hitting through the ball, with a greater likelihood of striking on the ‘sweet spot’ of the racket.

This is enabled by slightly tilting the head back upon the point of contact, keeping eyes relaxed yet focused, allowing for greater balance as your body is not leaning over the ball too much, while overall swing speed and strength improves using this balance as a grounding point, allowing for less labored wrist action, and is a technique which should be attempted, potentially giving you the edge during match play.

If you enjoyed this article, here are some others you may enjoy…