What’s The Deal With Pickleball? 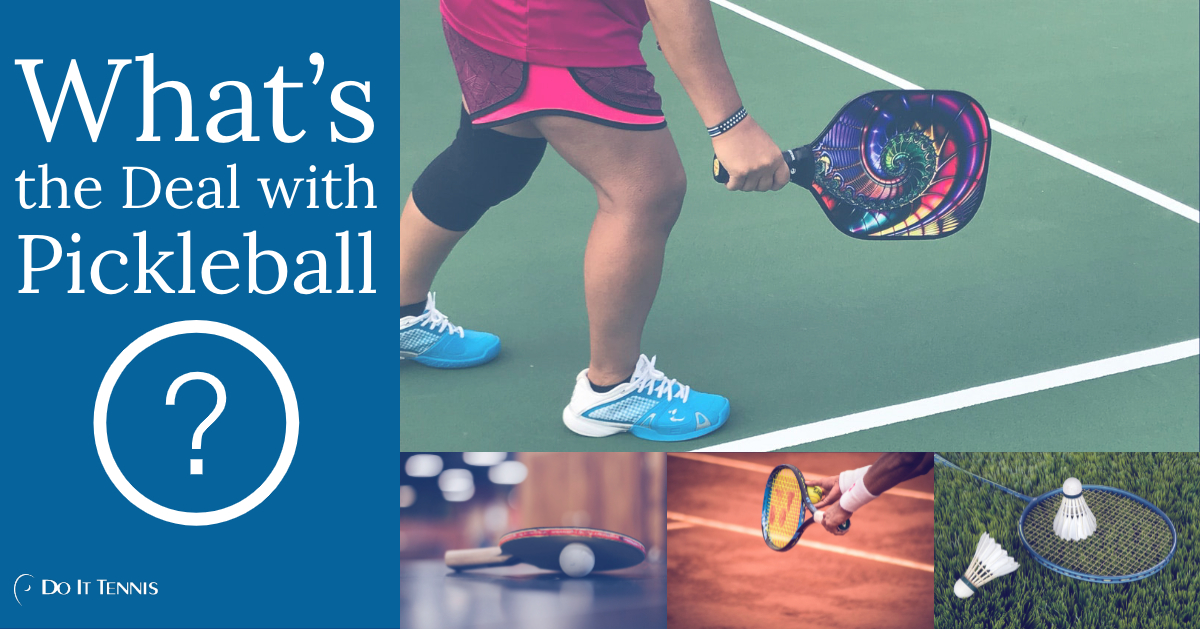 What is the deal with Pickleball? Although not everybody knows all that much about it, Pickleball is steadily gaining popularity. Pickleball is relatively new to the court sports game, it was invented in 1965, whereas tennis was being played about one hundred years before that.  Since its creation in the sixties, the sport has amassed almost 2.8 million players, according to the Sports & Fitness Industry Association, with a 12% increase in the past year. It has made its way to schools, recreation centers, country clubs and is even being played in some jails around the U.S.

Pickleball combines elements of badminton, tennis and ping pong. The rules are easy to follow and it’s simple for beginners to learn. Although the game might be straightforward, it’s not necessarily easy; if it was, everybody would do it.

The birth of Pickleball came from a man Joel Pritchard, who, on a Saturday afternoon, was bored with his friends. The were going to play Badminton but when they couldn’t find the shuttlecock, they improvised with a wiffleball. After making other adjustments with net height and creating pickleball paddles, pickleball became one of their favorite pastimes. As years have gone by, Pickleball has become a popular and even a competitive sport.

Because of its popularity, big tennis companies like Head started manufacturing pickleball paddles. Head’s new Margaritaville line of pickleball paddles may look like fun but they are also packed with HEAD technology. These paddles really up your pickleball game whether you’re an expert player or just starting out.

Similar to tennis bags, pickleball bags come in all shapes, styles and brands depending on your need and fashion sense. Speaking of fashion, pickleball apparel makes a statement when you walk out on the court!